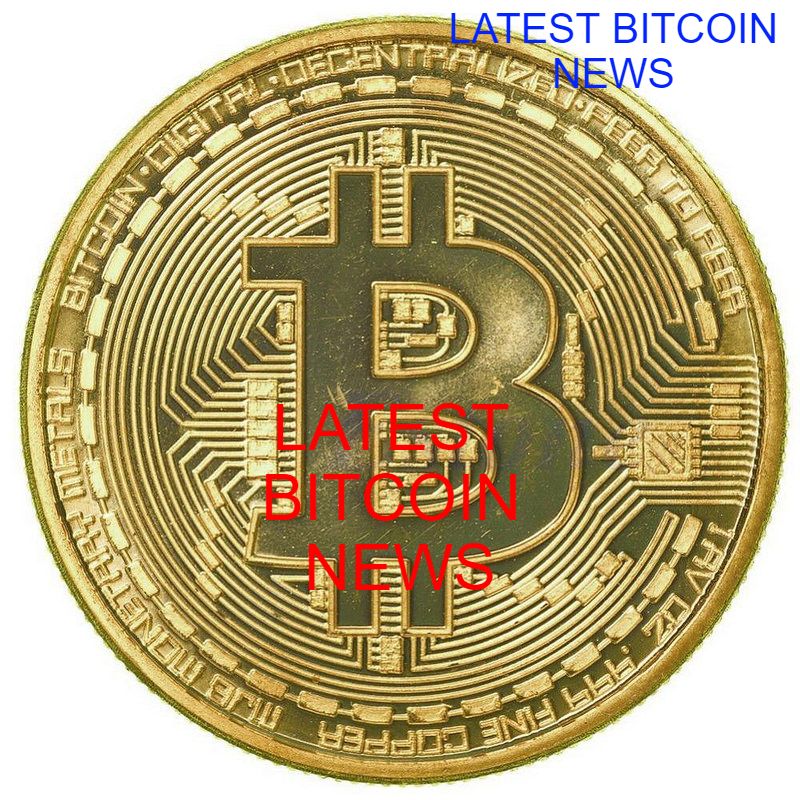 INDIA EXPLORING ITS OWN CRYPTOCURRENCY   :

Dated 26.01.2021 :  Reserve Bank Of India  ( RBI ) ​had in 2018   prohibited  all the entities like Banks , NBFCs , Payment Banks , wallets regulated by them  to  deal with or provide any service related to transactions involving Bitcoins and other cryptocurrencies .  However the Supreme court of India   , had   lifted  the ban imposed by Reserve Bank  of  India  in 2020   . Further there is no legal development in India  .

Now  RBI , in  a booklet published on payment systems in India ,  has advised that  it is exploring the possibility as to whether there is a need for a digital version of fiat currency  (  cash  or Rupee notes ) and in case there is, then how to operationalise it.   It has also noted that  regulators and governments in India have been sceptical about these currencies  and are apprehensive about the associated risks  so far .

In case RBI  finds and adopts and brings out a  new digital currency  which can be converted to Indian rupee , it will be saving  on printing , storing , transportation   and managing  notes and coins   which is having a sizable  cost now  .  General public  may also feel  ease in  having and using such currencies .   While in one hand people will be safe from  theft , counting , accounting and managing  cash  , they have to be careful of cybertheft , hacking  , phishing attempts and other crimes connected  with cyber world . Password maintenance will be the other  headache to be encountered   by the public .

We have to wait and see how  RBI move  takes shape in the future . 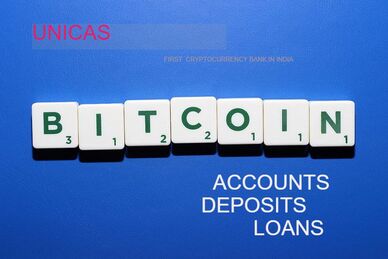 14.01.2021  : A crypto bank   called   UNICAS has  started its    operations in India  with physical branches through a joint venture between Cashaa , a  London based cryptocurrency platform  and United Multistate co-op society  , Mumbai based  co-operative society .  Customers of the   bank can open bank accounts, buy and sell cryptocurrencies, obtain crypto-backed loans, as well as learn about crypto.  The bank pays  interest on the   cryptocurrency accounts   .

Customers of the bank   can also maintain crypto savings accounts with Unicas and get interest in the same cryptocurrency as the deposit. For instance a bitcoin deposit will get interest in bitcoin. For rupee loans against crypto, the cryptocurrency has to be deposited in  the  wallet as collateral    and bank  promises the instantaneous approval  . The deposit acts as lien in case of default.

It has opened a  branch in Jaipur , Rajastan  offering cryptocurrency services  and said  to be the first physical bank branch in the world to  offer such services  . It is reported that the  parent society has more than 56 ,000 customers with 16  branches in Maharashtra , Rajastan , Delhi and Gujarat  .    Unicas  is using  the regulatory licences  issued to  parent co-op society   to enter Indian  business .

Unicas is  offering  various  cryptocurrencies that include  Bitcoin ( BTC)  , Ether ( ETC )  ,  Cashaa ( CAS )    &  XRP   for savings accounts and loans .
Presently there is a legal vacuum in India with regard to legality of cryptocurrencies , after  Supreme Court lifted than earlier ban  imposed by RBI  . Subsequently no law or order has been passed by the government   .  One has also have to keep in mind the risks involved   in investing  including volatility of  the market   before dealing in cryptocurrencies .

BITCOIN AND OTHER CRYPTO CURRENCIES PRICE NOW - BTC TO USD

​ Bitcoin was struggling to break earlier peak for more than a month and finally   it has broken the earlier  record .

Trading in  Bitcoin was started  at USD 0.06   per BTC   in July 2010  and one can see volatility  of the cryptocurrency over the years  and the very high risk involved  in trading of Bitcoins   .
WHAT IS BITCOIN ? WHAT IS A CRYPTO CURRENCY   ?
​To know   all about them , CLICK HERE

LEGALITY OF TRADING OF BITCOINS IN INDIA

Dated 04.03.2020  :   Today , the Supreme court of India   , disposing of a writ petition filed by   Internet and Mobile Association of India    lifted the ban imposed by Reserve Bank  of  India  in 2018 on  Bitcoin and other cryptocurrency Trading in India .

RBI had in 2018   prohibited  all the entities like Banks , NBFCs , Payment Banks , wallets regulated by them  to  deal with or provide any service related to transactions involving Bitcoins and other cryptocurrencies .

We have to wait for detailed judgement  and revised RBI guidelines in the matter .
​Source : Media
RESERVE BANK  OF INDIA PROHIBITS  SERVICE TO  BITCOIN  TRANSACTIONS  BY BANKS AND OTHER REGULATED ENTITIES

Dated 05.04.2018 :  Reserve Bank  of  India  today   prohibited  all the entities like Banks , NBFCs , Payment Banks , wallets regulated by them  to  deal with or provide any service related to transactions involving Bitcoins and other cryptocurrencies .  The  ban comes in to effect with immediate effect .  All the entities which are providing such facilities have to exit  in time bound manner   . RBI  will issue a circular shortly .

The ban virtually ends  any dealing of any cryptocurrency in India  as no Indian will be able to buy / sell , make payment or receive payment  In India .

However RBI has constituted  a internal committee  to study feasibility  of introduction of its own digital currency . the committee is expected to give its report before June 2018 .

Subsequently  RBI  has issued  Notification  on    06.04.2018  , CLICK HERE to read the notification .
HDFC BANK DISALLOWS ITS CARDS FOR PURCHASE OF BITCOINS

Dated 18.03.2018 :  It is reported that  HDFC Bank  , India  have informed  their  customers that they would be no longer  able to do the  transactions  involving cryptocurrencies including Bitcoins  using  HDFC Bank  debit or credit cards .     Already in February 2018  Citibank India  had  stopped  allowing its cards for purchase of bitcoins and other  cryptocurrencies .  In the February 2018 itself , the country's central banker  Reserve Bank of India had also warned   bank customers in India against investing in Bitcoins and other cryptocurrencies .
BTCXIndia  and  ethexIndia  TO CLOSE OPERATIONS IN INDIA

In its website   ,  BTCXindia   dealing in Ripples  ( XRP )  has asked its customers not to make any  Indian Rupee or Ripple ( XRP ) deposits  with effect from 01.03.2018  . If  any  remittance is made , it would be automatically returned to the sender bank .  Further it has asked all its customers to withdraw all the deposits  both in Indian rupee as well as  in Ripple  ( XRP )  before 4th March , 2018 .

For further details , one may visit official site of BTCXIndia  , by  CLICKING HERE


It is reported that the reason for closure of operations is the budget speech of Mr Arun Jaitley   wherein he had  advised the intention of government was to outlaw the cryptocurrencies . He had also announced the intention of government to bring suitable amendment  to the existing laws to this effect .
SBI CARD CAUTIONS  AGAINST USE OF  BITCOINS

Dated 21.02.2018 :  Today  SBI Card , a division of State Bank of India ,   advised its  customers  about the potential economic , operational , financial , legal , customer protection and security related risks  associated with  use of Bitcoins  .  However  , unlike Citibank   , it has not prohibited use of SBI cards  for  transactions involving cryptocurrencies .   But Citibank   earlier had informed their customers  that they would be no longer  able to do the  transactions  involving cryptocurrencies including Bitcoins  using Citibank debit or credit cards .   Already Reserve Bank of India has warned bank customers in India against investing in Bitcoins and other
CITIBANK INDIA DISALLOWS ITS CARDS FOR PURCHASE OF BITCOINS

Dated 13.02.2018 :  Today  Citibank , India  informed its customers that they would be no longer  able to do the  transactions  involving cryptocurrencies including Bitcoins  using Citibank debit or credit cards .  Citibank has decided  not to permit usage of its debit or credit cards   for purchase of Bitcoins and other cryptocurrencies , given concerns of  potential economic , operational , legal , customer protection and security related risks  associated with such transactions.  Already Reserve Bank of India has warned bank customers in India against investing in Bitcoins and other cryptocurrencies .
INCOME TAX DEPARTMENT SENDS NOTICES TO BITCOIN INVESTORS  :

Dated 12.02.2018 : It is reported that  Income Tax department has sent more than 1,00,000  notices to the investors of Bitcoins   and other cryptocurrencies in India  to verify  whether they have paid due income tax on the profits made out of Bitcoin transactions   and reported the same in their Income tax returns .  It is reported that Mr Sushil Chanda  , chairman of  Central Board of Direct Taxes    disclosed the matter whilst speaking in an event organized in New Delhi by ASSOCHAM
WORLD BANK CHIEF CALLS BITCOINS A PONZI SCHEME

Dated 08.02.2018 :  Newspapers reported that Mr  Jim Yong Kim , World Bank Group president told in an event that  cryptocurrencies    like Bitcoins are  ponzi schemes  .However   world bank is looking in to the blockchain technology which uses  distributed ledgers to facilitate  secured trading of digital assets  .   Earlier in the week Mr Agustin Carstens  , chief of Bank of International Systems ( BIS )  had asked central banks to rein in cryptocurrencies  as they can cause  disturbances to the existing financial system .

In the mean time , Bitcoin is trading at around USD 8,000   after falling from life time high of  around USD 19,300  in recent weeks .
GOVERNMENT OF INDIA WARNS AGAINST  INVESTING IN BITCOINS

Dated 30.12.2017 :   Ministry of Finance , Government of India  has issued warning  people against usage of virtual currencies including Bitcoins , as they are neither currencies nor coins .  The statement says  virtual currencies   are not legal tenders   and are not authorized by either Government of India or Reserve Bank of India  . The notification lists  various risks associated with Bitcoins like volatility , hacking , loss of passwords etc. It  compares   the operation of Bitcoins  to Ponzi schemes and advises the citizens to  avoid Bitcoins as  they would be participating in BITCOINS  at their own risks .

Reserve bank of  India has warned as early as  in December 2013  about the risks associated in use of virtual currency including Bitcoins .   It has also repeated the message  on December 5, 2017 . The major concerns expressed by RBI  are

​1. VCs are in digital forms and stored in digital wallets . They are prone to hacking , malware , loss of password  etc . LOSS OF WALLET MEANS TOTAL LOSS OF ASSET .
2. Payments take place peer to peer basis  without intervention of a central agency  .  No recourse may be available for  disputes  between the parties .
3. No asset back up for Bitcoin and  market prices are speculative . Prices are volatile and  volatility may lead to huge losses .
4. Legal status of exchange platforms are not clear  and  users are exposed to legal and financial risks  .
5 .  Usage of  Bitcoins from the counter party  may be for illegal / illicit purpose . Hence usage may unintentionally lead to breach of Anti-money laundering provisions   .

We are not SEBI  registered advisor and the the articles contained in the website , including this page , is not an investment advice .   The articles here contain links to various external   sites .   We have not verified  the  authenticity or correctness of claims made on those sites .  We will not be responsible for  any    action taken  , any deals done or any other commercial transaction  on those sites . We  cannot be held for any loss arising out  of your investment  made as per the article . ​
gtag('config', 'UA-58106459-1'); google-site-verification: google10cfb8f922379475.html