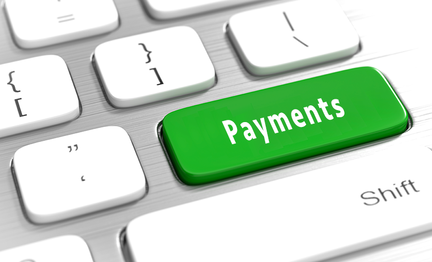 Read the Article below
National Payments Corporation of India (NPCI)   (    Who is NPCI ?  See     below paragraph ) announced on   26.08.2016  that bank applications for the Unified Payment Interface have officially become operational, which means that UPI apps of banks can now be downloaded and used for transactions:
UPI is a payment system that allows money transfer between any two bank accounts of the member banks  by using a smartphone  up to  a limit of Rs 1 Lakh .    UPI  is actually a platform on which individual members have developed  banking applications .  The UPI   applications / system developed by banks  can be used for Merchant Payments , Bill Payments  ,  Remittances etc  . However the system cannot be used for making foreign remittances .     Please note that for effecting  a  transfer  to a beneficiary  ,the beneficiary also needs to download a PSP app and register for a VPA. They need to communicate this VPA to you to initiate a transaction.
Recently NPCI launched  a  payment app  called BHIM on the platform of UPI  which has become popular with more than 10 million downloads . For details of BHIM , CLICK HERE

RUPAY CREDIT CARD ON UPI   :   RuPay Credit Cards will be linked to a Virtual Payment Address (VPA) i.e. UPI ID, thus directly enabling safe, and secure payment transactions. The initial phase of operationalisation will be centred on extracting actionable learnings that would be used to fine-tune the proposition in later phases to scale up the usage. Customers of Punjab National Bank, Union Bank of India, and Indian Bank will be the first to  be able to use RuPay Credit Card on UPI with BHIM App.

UPI LITE :  UPI Lite will provide users with a convenient solution for faster and simpler low-value transactions. At present, India is thriving on low-value UPI payments with 50% of transactions through UPI below ₹200. With UPI Lite enabled on BHIM App, users will be able to make small-value transactions in a near-offline mode. UPI Lite will reduce the debit load on the core banking system, thereby improving  the success rate of transactions further, enhancing the user experience, and taking us one step closer to processing a billion transactions a day on the UPI platform. The upper limit of a UPI Lite payment transaction will be ₹200 while the total limit of UPI Lite balance for an on-device wallet will be ₹2,000 at any point in time. Eight banks are live with the feature including Canara Bank, HDFC Bank, Indian Bank, Kotak Mahindra Bank, Punjab National Bank, State Bank of India Union Bank of India and Utkarsh Small Finance Bank.

​To read   NPCI Press release on the event   , CLICK HERE

NO CHARGES FOR UPI TRANSACTIONS : MINISTRY OF FINANCE

Government has no plans to levy charges on UPI transactions :  MOF

Dated 23.08.2022 :  Ministry of Finance has  clarified , through a tweet , that  there is no consideration in Govt to levy any charges for UPI services.  It has   also advised that the concerns   ( costs )   of the service providers for cost recovery have to be met through other means.

Last week   Reserve Bank of India    ( RBI )  had opened  up a  discussion on  the charges to be levied by  banks and  intermediaries  on various digital payments   including UPI  transactions . ( For details , CLICK HERE )     . The questions posed on UPI were :

1.In the context of zero charges, is subsidising costs a more effective alternative?
2. If UPI transactions are charged, should MDR for them be a percentage of transaction value or should a fixed amount irrespective of the transaction value be levied?
3. If charges are introduced, should they be administered (say, by RBI) or be market determined?

With the clarification    issued by the Ministry of Finance  ,  the matters ends as  far as  on charges on UPI transactions .  However   the discussion on other modes of   digital payments still remain open .

Dated 09.03.2022  :   At present, efficient access to UPI is available on smart phones. UPI can be accessed through NUUP (National Unified USSD Platform) using the short code of *99#. But this option is cumbersome and not popular. Considering that there are more than 40 crore feature phone mobile subscribers in the country (  called basic mobile phones )  , the Reserve Bank has launched  UPI123Pay – Option to make Unified Payments Interface (UPI) payments for feature phone users  . UPI123pay will materially improve the options for   the feature   phone users to access UPI.  UPI123Pay includes four distinct options as below:   Along with UPI123pay , RBI   has also launched   The 24x7 Helpline – ‘DigiSaathi’   . The service  provides a channel to obtain help on the entire gamut of digital payments. Automated responses on information related to digital payment products and services are available in Hindi and English through multiple options like – (a) toll-free number (1800-891-3333), (b) a short code (14431), (c) website – www.digisaathi.info, and chatbots. DigiSaathi will assist users with their queries on digital payments via website & chatbot facility and through toll-free calls where user can dial or call out the options / products for which the information is required. More interactive options and language choices shall be enabled going forward.

It is hoped that the new initiative will help rural persons who are using a  feature phone now   to  use UPI applications   . 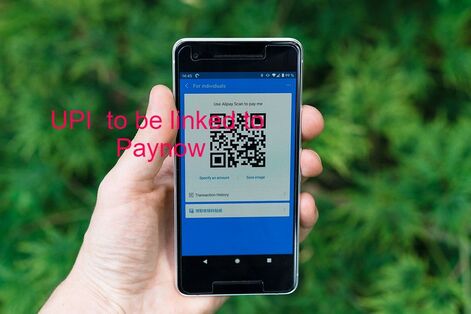 UPI TO BE LINKED WITH SINGAPORE'S  PAYNOW

Dated  16.09.2021 :  Reserve Bank of India ( RBI ) has inked  up a  project  with Monetary Authority of Singapore ( MAS )  whereby the two monetary authorities will collaborate   to link their payment systems UPI   ( United Payment interface   )  and Paynow  , the Singapore's payment system . The  linkage will enable  the customers   of the two systems  to make instant, low-cost fund transfers on a reciprocal basis without a need to get onboarded onto the other payment system.

UPI is India’s mobile based, 'fast payment' system that facilitates customers to make round the clock payments instantly using a Virtual Payment Address (VPA) created by the customer. This eliminates the risk of sharing bank account details by the remitter. UPI supports both Person to Person (P2P) and Person to Merchant (P2M) payments as also it enables a user to send or receive money.

PayNow is the fast payment system of Singapore which enables peer-to-peer funds transfer service, available to retail customers through participating banks and Non-Bank Financial Institutions (NFIs) in Singapore. It enables users to send and receive instant funds from one bank or e-wallet account to another in Singapore by using just their mobile number, Singapore NRIC/FIN, or VPA.

Now  with the linkage  , funds can be transferred between the two countries  in a fast manner  with  very small  fee payable by the customers .
The link  is expected to be operationalized   by July 2022  .

To  know on E-RUPI  AND ITS LATEST NEWS   . CLICK HERE

​National Payments Corporation of India (NPCI), an umbrella organisation for operating retail payments and settlement systems in India, is an initiative of Reserve Bank of India (RBI) and Indian Banks’ Association (IBA) under the provisions of the Payment and Settlement Systems Act, 2007, for creating a robust Payment & Settlement Infrastructure in India.

Considering the utility nature of the objects of NPCI, it has been incorporated as a “Not for Profit” Company under the provisions of Section 25 of Companies Act 1956 (now Section 8 of Companies Act 2013), with an intention to provide infrastructure to the entire Banking system in India for physical as well as electronic payment and settlement systems. The Company is focused on bringing innovations in the retail payment systems through the use of technology for achieving greater efficiency in operations and widening the reach of payment systems.

Dated  29.12.2019 : Ms Nirmala Sitharaman , Finance Minister , has announced  that there will be no MDR Charges (   Merchant Discount  Rates )   on Digital  transactions of Rupay  and UPI platforms  from January 1st, 2020  onward  .    Department of Revenue  will shortly notify   Rupay and UPI  as  Platforms without MDR charges for merchants   .  ​

Now IT Department has received complaints that some banks are allowing only limited number of transaction free  and charging for any additional transactions done   on Rupay or UPI  .  Hence they have asked all banks to refund any charges  collected on UPI and Rupay platforms  since 01.01.2020   immediately . Further they have asked banks not to collect any charges on transactions on Rupay cards  , UPI -BHIM etc  till further instructions .

To read today's circular of IT Department , CLICK HERE

​ WHAT IS NEW ON PLAN N PROGRESS ?

1.  Immediate money transfer through mobile device round the clock 24*7 and 365 days.
2 . Single mobile application for accessing different bank accounts.
3. Virtual address of the customer for Pull & Push provides for incremental security with the customer not required to enter the details such as Card no, Account number; IFSC etc.
4 . Bill Sharing with friends.
5. Best answer to Cash on Delivery hassle, running to an ATM or rendering exact amount.
6. Merchant Payment  .Utility Bill Payments, Over the Counter Payments, Barcode (Scan and Pay) based payments.
Donations, Collections, Disbursements Scalable.

​Note :
1. UPI allows a customer to pay directly from a bank account to different merchants, both online and offline, without the hassle of typing credit card details, IFSC code, or net banking/wallet passwords.
​     2. It is safe as the customers only share a virtual address and provide no other sensitive information  like account number , credit card details etc .

3. With UPI , you can simply need to enter your details , get  billing details on your phone and  which you can accept or reject
straight away .
4. The service is instant and available 24X7, even on public/bank holidays.
​

HOW TO GET UPI APPLICATION

The UPI app of   member banks  are   available on the Google Play Store of Android phones   and APP STORES for i-phones .
.

HOW  TO GET STARTED ON UPI ?

1. Download an UPI  app  of a  member bank from Play Store and install in phone;
2. Set app login
3. Create virtual  payment  address  ( "Virtual Payment Address" is an identifier that can be uniquely mapped to an individual account using a translation service.
4. Add your bank account ( you can add multiple accounts with member banks )
5. Set M-Pin
​ 6. Start transacting using UPI

Tips for secured use of UPI SYSTEM

The system can be used by    any account holders having smart phones . However certain precautions are to be taken for   safeguarding the account .
. Here   is a list of safety precautions
1.      Keep your account number private
2.    Make sure your devices and networks are secure
3.      Keep your passwords secret
4.     While making remittances  , note to correctly type the VPA address of the beneficiary . Beneficiary can immediately withdraw the money so received  . Hence it may be difficult to recover from  a wrong beneficiary
5.     Have  a tab on your account . Check often
gtag('config', 'UA-58106459-1'); google-site-verification: google10cfb8f922379475.html