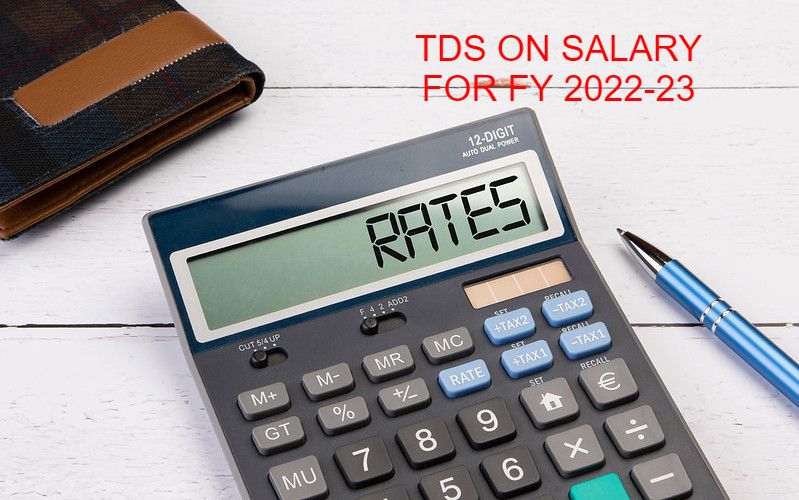 HAPPY TO  RECORD
www.plannprogress.com has crossed
400,000   PAGE VIEWS
THANK ALL READERS ,WELL WISHERS WHO HAVE HELPED US TO REACH THE MILESTONE

​   As per section 192 (I ) of the Income Tax Act, any person responsible for paying any income chargeable under the head "Salaries" shall, at the time of payment, deduct income-tax on the amount payable at the average rate of income-tax computed on the basis of the rates in force for the financial year in which the payment is made, on the estimated income of the employee under the head of Salary income for that financial year
​
WHAT IS  SALARY AS PER INCOME TAX ACT ?

It may be noted that. since salary includes pension, tax at source TDS  would have to be deducted  from pension also, unless otherwise so required. However, no tax is required to be deducted from the commuted portion of pension to the extent exempt under section 10 (IGA).
Family Pension is chargeable to tax under the head "Income from other sources" and    not under the head "Salaries". Therefore. provisions of section 192 of the Act are not   applicable. Hence, DOOs are not required to deduct TDS on family pension paid to person.

Family Pension is chargeable to tax under the head "Income from other sources" and    not under the head "Salaries". Therefore. provisions of section 192 of the Act are not   applicable. Hence, employers are not required to deduct TDS on family pension paid to a person.
TDS  ON PERQUISITES
​What is a Perquisite?

As per Section 17(2) of the Act, perquisites include:

i) The value of rent-free accommodation provided to the employee by his employer;
ii) The value of any concession in the matter of rent in respect of any accommodation provided to the employee by his employer;
iii) The value of any benefit or amenity granted or provided free of cost or at concessional rate in any of the following cases:
a) By a company to an employee who is a director of such company;
b) By a company to an employee who has a substantial interest in the company;
c) By an employer (including a company) to an employee, who is not covered by (a) or (b) above and whose income under the head "Salaries" , exclusive of the value of all benefits or amenities not provided for by way of monetary payment, exceeds Rs.50,OOOI-.
iv) Any sum paid by the employer in respect of any obligation which would otherwise have been payable by the employee.
v) Any slim payable by the employer. whether directly or through a fund. other than a recognized provident fund or an approved superannuation fund or other specified funds to effect an assurance on the life of an assessee or to effect a contract 3 for an annuity.
vi) The value of any specified security or sweat equity shares allotted or transferred, directly or indirectly, by the employer, or former employer, free of cost or at concessional rate to the employee. ;
(vii) the amount or the aggregate of amounts of any contribution made to the account of   the employee by the employer-
(a) in a recognised provident fund;
(b) in the scheme referred to in sub-section (1) ofsection 8QCCD; and
(c) in an approved superannuation fund,to the extent it exceeds seven lakh and fifty thousand rupees in a previous year;
(viia) the annual accretion by way of interest, dividend or any other amount of similar nature during the previous year to the balance at the credit of the fund or scheme  referred to in clause (vii) above to the extent it relates to the contribution referred to in the said clause which is included in total income; and
(viii) the value of any other fringe benefit or amenity  like
a.  Motor car provided by the employer
b.  Personal attendants etc  .
c. Gas, electricity & water for household consumption  .
d. Free or concessional Education
e. Interest free or concessional loans.
f.  Travelling, touring, accommodation and any other expenses   paid for or reimbursed by the employer for any holiday availed  .
g. Value of Subsidized or  Free food / non-alcoholic  beverages  provided by the  employer to an  employee
h. Gifts
i. Membership Fees and Annual Subscription , club expenditure
j. Medical Reimbursement by the employer  .
​

1. Employers   paying salary , pension and other  perquisites   have to deduct  TDS  on the estimated income of the  Employee / pensioners" for the financial year 202 1-22. The income-tax is required to be calculated on the basis of the  tax slabs  and to be be deducted at the time of each salary payment at  the average rate .  The tax deduction shall be made at the average rate of income tax on the amount payable, computed on the basis of the rates in force for the financial year in which the payment is made, on the estimated income under the head of Salary for that financial year.

​3.   Tax rebates eligible have to be taken in to account , while estimating   the salary income . Employee has to provide   a declaration along with proof   of payment   of eligible rebates  to the employer . For the purpose of estimating income of the employee for computing tax deductions, section 192(2D) provides that employers  have to  obtain from the employees  evidence or proof or particular of claims  of rebates .
( You may read  our article on TAX REBATES to know various  tax rebates you may be eligible  )


Below , we have given the various tax slabs   both under new tax regime  and old tax regime .
​

Income tax payers  have now two options     to pay income tax  from  the Financial year 2020-21   with the introduction of  Simplified optional Individual tax  regime with lower income tax rates  for the persons  who are ready to  forgo many tax rebates .   The   new optional  section under ITAct is   115BAC    . If you opt for   section 115 BAC  , THE INCOME TAX RATES   ARE AS FOLLOWS :

DEPOSIT OF TDS COLLECTED BY THE EMPLOYER

Deposit of TDS  by the employer :  As per section 200 of the Act  , any person responsible for deducting any sum has to pay within the prescribed time, the sum so deducted to the cred it of the Central Government.

Section 203 requires the  Employer  to furnish to the employee a certificate in Form 16 detailing the amount of TDS and certain other particulars. Rule 31 prescribe s that Form 16 should be furnished to the employee by 15th June after the end of the financial year in which the income was paid and tax deducted. Even the banks deducting tax at the time of payment of pension are required to issue such certificates.
The certificate in Form  16 shall specify the following:

(a) Valid Permanent  Account Number (PAN) or Aadhaar number, as the case may be, of the Employee;
(b) Valid tax deduction and collection account number (TAN) of the deductor;
(c) (i) Book identification number or numbers (BIN) where deposit of tax deducted is without production of challan in case of an office of the Government;
(ii) Challan identification number or numbers (CIN*) in case of payment through bank. (*CIN means the number comprising the Basic Statistical Returns (BSR) Code of the Bank branch where the tax has been deposited, the date on which the tax has been deposited and challan serial number given  by the bank.)
​(d) Receipt numbers of all the relevant quarterly statements of TDS (24Q). The receipt number of the quarterly statement is of 8 digit.

The employer  is required to file duly verified Quarterly Statements    of TDS  in For m 24Q for the EACH QUARTER of each financial year, to the TIN Facilitation Centres  authorized by Pr.DGIT (Systems) which is currently managed by MIs National Securities Depository Ltd (NSDL) or at www.incomctaxindiaefiling.gov.in after registering as Deductor.  Particulars of e-TDS Intermediary at any of the TIN Facilitation Centres are available at http://www.incometaxindia.gov.in  and      http://tin-nsdl.com      portals.   Due dates of filing this statement quarter wise is as below :

TDS RATES    FOR VARIOUS OTHER  PAYMENTS  MADE TO INDIVIDUALS

TDS RATES FOR FY 2021-22 FOR INDIVIDUALS OTHER THAN COMPANY

For  various other types of TDS and for NRIs , Companies  ETC  , CLICK HERE

e-INSURANCE   Account ( eIA  )
ACKNOWLEDGEMENT  :  The above article is based on income tax department's circular 04-2002 dated 15.03.2022  and is an attempt to present the information contained therein in an abridged  and  simplified manner . Hence   for a  detailed   study of  the circular and r  for the authentic information , one may   click here to read  the original circular

THIS ARTICLES ON TAX MATTERS   IN THIS WEBSITE  CARRY INFORMATION ON VARIOUS TAX PROVISIONS WHICH ARE GENERALLY USEFUL .YET THEY DO NOT  NOT CARRY ALL THE PROVISIONS AND HENCE YOU ARE ADVISED TO GO THROUGH INCOME TAX DEPARTMENT WEBSITES  FOR AUTHENTIC COMPLETE INFORMATION ,ESPECIALLY FOR THOSE WHO HAVE GOT MULTIPLE STREAMS OF INCOME OR COMPLEX INVESTMENTS .YOU MAY ALSO CONSULT A QUALIFIED TAX CONSULTANT / CHARTERED ACCOUNTANT FOR ANY CLARIFICATION. READERS ARE ALSO WELCOME TO SEND FEEDBACK , FORM AVAILABLE BELOW. WE ARE OPEN FOR CORRECTION  IF  NEEDED