TOKENISATION OF CREDIT CARDS
​To make it  more Secure

What is Tokenisation of Credit Card ?

TOKENIZE YOUR CARDS :  RBI
TIMELINE EXTENDED UP TO 30TH SEPTEMBER 2022

Dated 25.06.2022 :   Reserve Bank of India has asked the cardholders to tokenize their  cards  for  their own safety , while extending the timeline   for storing of data by the merchants by 3 months  up to September 30,2022 . Once the deadline is over  , merchants have to purge all the  card data they have stored in their system .

RBI points out "  Currently, many entities, including merchants, involved in an online card transaction chain store card data like card number, expiry date, etc. [Card-on-File (CoF)] citing cardholder convenience and comfort for undertaking transactions in future. While this practice does render convenience, availability of card details with multiple entities increases the risk of card data being stolen/misused. There have been instances where such data stored by merchants, etc., have been compromised. Given the fact that many jurisdictions do not mandate Additional Factor of Authentication (AFA) for authenticating card transactions, stolen data in the hands of fraudsters may result in unauthorised transactions and resultant monetary loss to cardholders. Within India as well, social engineering techniques can be employed to perpetrate frauds using such data.   "  Hence   in order to  avoid such risks for the cardholders , RBI is encouraging people to tokenize their cards at the earliest .

So if a  merchant asks you to tokenize your data      with them ,    it will have a  one more layer of security on your card data and you will be better protected . When you tokenize your card with a   specific merchant   , you will get a  specific token for future use with that merchant only   .
To read  RBI Press release dated 24.06.2022  , CLICK HERE

CREDIT CARD USAGE   AND   SECURITY :  Whenever you swipe your credit card   or make payment on a website   of a merchant  , details of your cards  like name on the card , card number , expiry date  , mobile number   etc are recorded  in the system of the merchant . These details will be sent  to the concerned bank's  computer system to receive the payment  from the card  issuer  . Further the details of the  card will also be stored   in the merchant's computer system for the  record of the transaction sake and also  ease   the usage of the same card in your  next  transaction with the merchant  .

The question is   whether such data are safe from the hands of the hackers and bad elements ?  .  Even though their system is encrypted for better safety   , there are news of hack of such sites  regularly . In order   to prevent theft of such   information , RBI  asked all the merchants to purge the data   from their system and use  Tokens instead .  Now RBI  has given time to merchants   for purging till the end of June 2022   .
What is this Tokenisation , RBI wants merchants to do ?  With tokenization  whether your cards will be safer ? 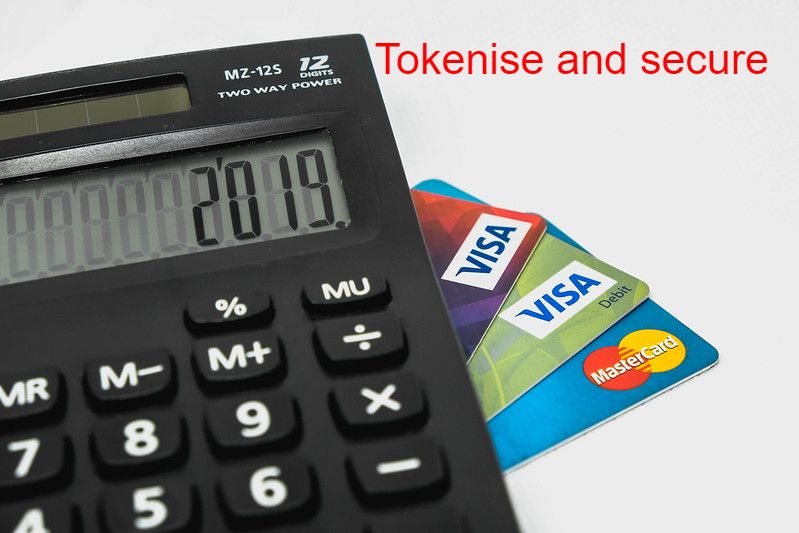 What is Tokenisation of Cards ?

Tokenisation is a process by which card details are replaced by a unique code or token, generated randomly  (by an algorithm) , allowing online purchases to go through without exposing card details, in a bid to improve data security.    While each number of the     16 numbers  printed on a  credit card   will have a meaning and give clue to the  various details of the card  , the  randomly generated  token will have no meaning and hence   it will be    secure from the fraudsters   and  hackers.  The token can be  used   in the particular merchant network where  it is generated . 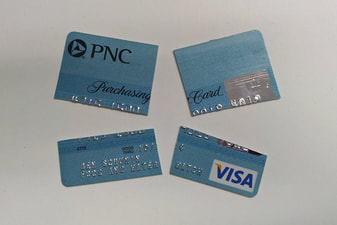 Meaning of 16 numbers in a  Credit Card :

1. First number represents the network like   Visa , Mastercard , American express etc .  For example 3 is Master Card  , 4 is Visa
2. 2 to 6 numbers   represent the bank that is issued the  card and it is called IIN or BIN .
3.  The 7th  and all other  numbers following it ( except the last number )   represents   the account  number  of the card which is assigned   to the user  .  Every card    will have separate  number for each card account   .
4. The last number  is a  checker  for the payment processing .

Normally   merchant  network  will  remember  your card numbers when you a card  in their network  so as  to make it easy for the  next transaction .  The card details will be stored in their system along with your  personal details  and will be retrieved    when you use it next time there  . The next time when you visit the merchant , it will automatically ask  you from which card you would like  to make the payment   from all the card details of yours they are   having  .

​If you have Amazon  or Flipkart account , you will be asked to chose from    the all earlier cards you have used in their network .  They would have saved  your  card details along with your personal details    .  If  the merchant's   system is hacked   , hackers will steal  all your details   from the saved  cards lists on their system . To avoid  such theft  , tokenisation   will remove all the data of your card from the system and will be replaced by  a  token generated by their system   . Hence   your card details will not be available  to any hackers  .

On a purchase  , once your card   details are captured by the merchant network , it will be converted in to a token  which is  called Tokenisation  . Token will contain both  alphabets and numerals  . Tokens are unique to the  particular merchant system and will have no meaning   to other systems   . Tokens will be stored in merchant's network .   Your card data will go to a  separate vault along with the token generated .

Whenever  you   repeat  the payment on the  the same merchant website , your data will be extracted from the vault . Thus  your data is secured by one more layer of security  .

Benefits of Tokenisation of Credit Card

When tokenised , a random token  replaces the card number in the computer network of the merchant  . The hacker  cannot  dig out any  information from the hacked token as  it has  no meaning . Further  that   token can be used only in the network which is hacked   and cannot be used  in any where else  for stealing the money . Hence your card is much safer  now  .

1. Credit Card holders feel much more safer   to use their credit card on a website    which tokenises their cards  , comapred   to other  websites where  their card data will be stored  .
2. Merchants   can feel safe that their customer datas are not stolen by the hackers and their systems  are safer.

TAX ON RETIREMENT
MORE THAN 15000 VIEWS
CLICK HERE TO READ ​

WHAT IS NEW ON PLAN N PROGRESS ? ​ 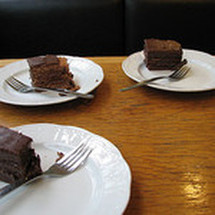 Cake for the Future

Click Below to Read
HAVE CAKE AND EAT IT